Gutter Trash: About Us 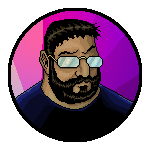 Eric Shonborn born and raised in Dayton, Ohio / professional illustrator and graphic designer a huge hairy man. He also unprofessional after an independent cartoonist, comic written and drawn up a number of. Eric’s facial hair is a drawing never looks good. 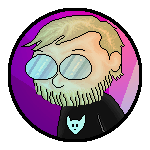 Jeisonyangu was born and raised that Jason Maverick (Maverick Dayton) in Dayton, Ohio, is a comic shop manager. In addition to his very successful career, Jason has also written, The Comics Buyer Beware under the banner of his company Please note (like the Saturn Veggie Dog) cartoon depicts a lot of independent comics house. Jason is a vegetarian butcher, the balance may be mentioned.

Eric and Jason has started listen Crankcast Gattagomi box around. You can defeat it shows so much care. You hope that a good number of minutes. Gatagomi box cartoons and movies, sometimes music, television, and other forms of entertainment they are upset only trash. Also, please enjoy talking about?

Check out Jason’s site at buyerbeware.guttertrash.net.

Eric can be found at shonborn.net.

Email us at Eric or Jason.