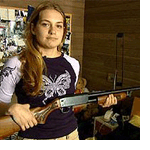 This is either gonna be great, or be the worst episode ever. You decide.

This week on a disjointed and off-the-mark episode, the guys review Series 7: The Contenders, a dark satirical film about, and in the style of numerous reality television shows. You’ll be hard-pressed to find any facts or opinions about the movie, however. Eric is completely out of his mind drunk, and Jason is sick, tipsy and eating throat lozenges. Good times.