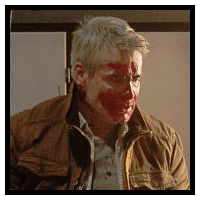 Jack is in a rut. His existence has been whittled down to sleeping and watching TV. When Jack suddenly finds his long lost daughter taken by the city’s crime syndicate, he must combat his inner demons as he embarks on a bloody war path to seek revenge and save her.

Music by The Melvins and Bruce Springsteen