Spooktacular 2013, Part IV: The People Under the Stairs 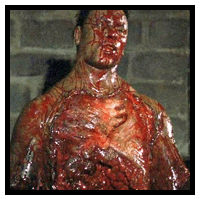 Spooktacular 2013 Part IV: The People Under the Stairs
A young boy from the ghetto takes part in an attempted burglary of the home of his family’s evil landlords. He becomes trapped inside their large suburban house and discovers the secret of the “children” that the insane family have held captive.