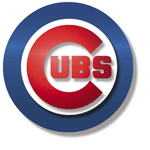 In a weekend road trip to Chicago with a focus on comics, Eric’s biggest Geekgasm occurred by touching the greatest building ever: Wrigley Field. Join Eric and Jason as they discuss their adventure to the Windy City Comicon, and probe further into the depths of their nerdiness.

Episode Windy: Not really an episode.

Music by The Blues Brothers, and Chicago.