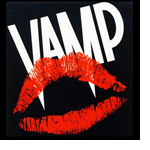 Why was Grace Jones ever famous?

We review the 1986 Grace Jones horror comedy, Vamp on this week’s episode of Gutter Trash, and I wish I would have vetoed it. It may be a bad movie, but it’s far from a bad show as Jason and I get political and argue over the issues of the day, such as carpet, albinos and furries. We also talk eBay and Ohio based serial killers, and reveal just how much it would take to whore ourselves out. And finally, the worst song we’ve ever played on the show. Seriously how was she ever famous?