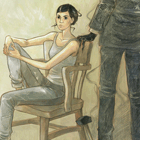 I’m such a fuckin’ asshole.

This week on Gutter Trash, we review Marian Churchland’s graphic novel Beast, and I go off the rails on a slander train. I don’t really mean it, but it just happens. We also discuss art and creativity – or the lack thereof – and tackle such issues as my shitty neighborhood, and pick up where left off on last week’s episode, Brotherhood of the Wolf.