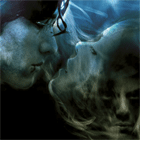 Like a brick to the motherfucking head! Jason and Eric kinda talk about the neo-noir/high school drama/future classic Brick. Along the way, discussions of the threeboot film Punisher War Zone (third time? not the charm), The Ringer, The Lookout and probably some uncomfortable confessions about personal matters that have no reason being recorded, but were anyway. Tom Cruise plays Hitler!