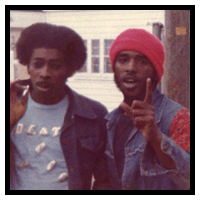 Episode 258: A Band Called Death
Three brothers from Detroit form a band that could have revolutionized rock music in the early 70s, but circumstances prevented them from gaining success. After 30 years, the world has discovered their music and gained them new-found popularity.

Music by Man or Astroman? and Death