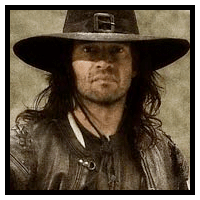 A ruthless mercenary renounces violence after learning his soul is bound for hell. When a young girl is kidnapped and her family slain by a sorcerer’s murderous cult, he is forced to fight and seek his redemption slaying evil.

Music by Man or Astroman? and Witchfinder General